Deer Musk Gland Tinctures carry authentic scent messaging pheromones of a whitetail buck or doe. Each gland tincture carries a specific individual scent message understood by all other deer that smell it.

Buck and Doe Preorbital Gland scent is made from forehead, preorbital eye gland, ear wax, nasal gland and lip saliva. Preorbital scent is used the entire year on communal licking branches in core travel areas to let other deer know who is in the area. Preorbital is the only natural and most important scent whitetail deer use on licking branches above mock and all existing buck breeding scrapes. Preorbital is also used to create intruder mock tree rubs along with a connecting trail of buck interdigital hoof musk scent between tree rubs. Buck and Doe Preorbital gland scent used at your trail cameras will quickly capture pictures of all the buck and doe in the area.

Buck & Doe Tarsal Glands contain the important individual sexual identity advertising pheromones they use through the pre, peak and post rut mating periods. Saturate cotton balls and place on the tail end of your hunting decoys. Hang saturated scent wicks in shooting lanes for territorial buck scent he can key in on when grunting and rattling. Buck and Doe Tarsal are effective territorial and sexual identity scents in mock or natural breeding scrapes. During the rut both buck and doe tarsal gland is a high interest sexual interest trail to and in a circle around your hunting stand. A little interdigital trailing scent added to the tarsal makes a very compelling sexual interest trail. Tarsal gland sexual identity scent pheromones is of vital importance in all effective buck in rut and doe in heat sex lures and urines for natural authenticity.

Deer Urine is checked during the pre, peak and post rut for sexual scent and advertising pheromones it may contain. Deer urine by itself relays the sex, approximate age and condition of the deer that passed it to other deer that smell it. Most of the deer urine sold during the rut is sold as doe in heat or estrus doe urine. However, chemists and biologists will tell you after a few days the estrogen and progesterone in this urine is too delicate to contain and will breakdown no matter how it is bottled.

Natural deer musk gland pheromones are much more durable and will contain their authentic scent messaging pheromones for years when properly tinctured and preserved by an experienced lure maker.

So let’s take that “so called” doe in heat urine with its spent estrogen and progesterone and fortify it.

This blend of doe in heat urine fortified with natural gland advertising pheromones signals complete odors of a doe in heat. These are the odors a buck in rut hopes to encounter as he scent checks a urine or lure by inhaling it over his vomeral nasal organ. 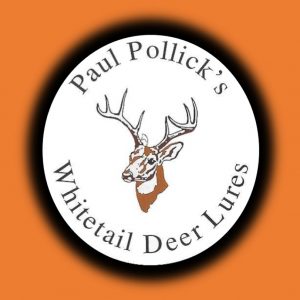